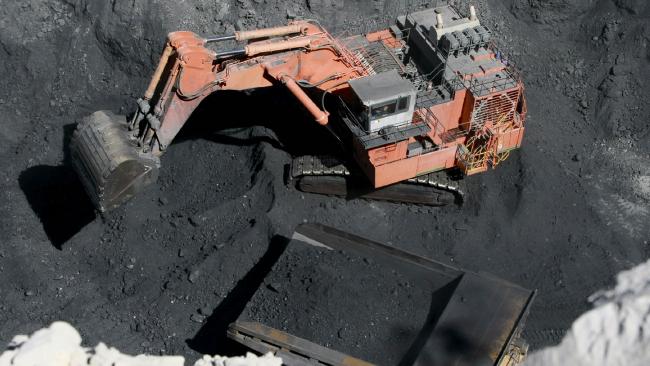 The precipitous decline of the coal industry followed a series of warnings. One, a paper published by Bernstein Research in June 2013, warned that the industry was “in terminal decline.” Coal stocks had dropped 22% in the year prior and have dropped 60% since (by October 2016). Investors who maintained a market weight exposure to coal stocks should therefore have a deep appreciation for the work of Preventable Surprises.

As is so often the case, the signals were there, the insights were available, yet investors lost billions in the years since the phrase “terminal decline” entered the fossil fuel discussion. A study by Platform, a London-based activist organisation, found that 61 UK public sector schemes lost nearly $1 billion over 18 months (through mid-2015) based on exposure to only four coal stocks. Studies in Australia, the US, and Europe showed similar results.

Why do investors not jump out of the path of an oncoming train? Millions of investors are tied to the tracks. The appeal of index investing—low costs, broad diversification, guaranteed market return net of costs—means that index constituents (including coal, oil, and natural gas companies) are owned by an ever-larger segment of investors come hell or high water. And scientists who campaign for climate-aware markets fully expect both. Active investment managers claim they can dodge market meltdowns but often fail to do so for a variety of reasons, including a tendency to hug benchmark exposures.

Advocates of passive approaches tell us that markets are efficient—that all relevant information is incorporated into market valuations, making it a fool’s errand to pay a premium for active management. They tell us that markets revert to the mean over time, and that attempts to time the market will fail.

This narrative conceals the many ways in which capital is misallocated within corporations (excessive salaries, lobbying largesse) and it ignores the risks that build when corporate boards are captured by management and the regulatory system is captured by industry. The Global Financial Crisis provided endless examples of these market failures, as did King Coal, now dethroned. With the Paris Agreement entering into force on 4 November, 2016, which slow-to-adapt companies will follow coal companies into bankruptcy courts? The transition to a 2-degree aligned world will have much broader impacts on portfolios than coal, a small weighting within popular indexes.

Preventable Surprises is dedicated to heeding the warning signs that could prevent or mitigate environmental disaster and protect shareholders. We focus on the fiduciary role of asset managers in removing the barriers to efficient, transparent markets. We seek to identify and address market distortions that incentivize short-term, rent-seeking behaviour contrary to the interests of long-term investors. Ultimately, our goal is the systems change required to prevent destruction of the planetary ecosystems on which we all depend.

The wisdom of the crowd

Preventable Surprises works with “positive mavericks” who seek change within a wide spectrum of organizations where they are employed. They suggested three choices for where to focus in 2017 (auto makers, insurers, utilities). In our survey of 700 mavericks, the utility sector was the overwhelming preference. We then hosted an online dialogue of 60 participants, who coalesced around the need for shareholder resolutions that require utilities to develop transition plans. Such plans would provide investors with company roadmaps for complying with the Paris Agreement, which requires reductions in greenhouse gas emissions in line with global warming of no more than 2°Celsius. (This infographic summarizes he dialogue)

“Utilities are the quintessential demand side sector for hydrocarbons,” said Thomas Murtha, a former U.S. investment professional and senior adviser to Preventable Surprises. Just as coal prices collapsed on the back of declining demand in China, so too can declining demand at power plants keep carbon in the ground. “Utilities are regulated because in most cases they have been granted natural monopolies to avoid duplicate infrastructure,” Murtha continued. “Under the purview of regulatory authorities, utilities have an obligation to serve their communities and the case needs to be made that, as a quid pro quo for their license to operate, utilities must adopt transition plans.”

Online dialogue participants also endorsed filing resolutions on an industrial scale, reaching at least 25% of the sector, a strategy endorsed by public interest attorney Sanford Lewis. “Focus on a sector makes it possible for investors to build critical mass of resources and do better comparative analysis of companies within the sector, identifying leaders and laggards,” Lewis said. It also removes the defense that companies are being singled out by environmental activists.

Power is rapidly becoming a decentralized commodity due to the growth of renewables and advances in battery storage and grid technology. Large energy customers are increasingly supplying their own energy—as are homeowners. Retail brands are getting into the business of supplying power. Moreover, utilities can reduce demand and increase efficiency through the use of smart grids and meters. The Electric Power Research Institute estimates a 41% reduction in CO2 emissions by 2030 is technically feasible, but will require deploying a full suite of power technologies.

As regulated monopolies, utilities make minimal investments in R&D and have resisted changes to their business model. Around the world, utilities have been slow to take advantage of the opportunities arising from a low-carbon future, whether through the build-out of renewables infrastructure or the electrification of transportation. David Crane was forced out as CEO of NRG after trying to build the next-generation utility. Rather than embrace disruptive technologies, utilities have pursued business as usual, which makes sense, from a business perspective, when coal is cheap.

The Clean Power Plan, key to reducing U.S. emissions, has been tied up in court since the Supreme Court granted a stay in February 2016. U.S. utility Southern Company has been the most vocal opponent of CPP, however AEP, Ameren, DTE Energy, Duke Energy, Entergy, NRG Energy and PPL are also active, according to the IRRCi research, while NextEra and PG&E stand out for supporting it.

“Some utilities are taking proactive approaches to ensure ample and dependable energy supplies that reduce regulatory and legal risk,” said Jon Lukomnik, IRRCi executive director and an adviser to Preventable Surprises. “But other utilities are digging in their heels while looking backwards to maintain business as usual. Rather than changing the energy mix or seeking innovation that can reduce capital costs, some utilities are deploying their resources toward court battles and political influence.”

In echoes of the Bernstein research, Citibank has estimated that utilities in developed economies could see the size of their market shrink by more than 50%. Barclays researchers concluded: “We believe that solar plus storage could reconfigure the organisation and regulation of the electric power business over the coming decade.” As a result, the bank downgraded its credit rating on all U.S. electricity utilities. In short, utilities are having their “Beginning of the End for Coal” moment, resisting change in the face of fundamental economic shifts.

If utilities embraced rather than fought the future, they could contribute greatly to a 2°C-aligned scenario. Asset managers have a critical role to play, particularly passive investors who cannot exit their positions—leaving their end beneficiaries tied to the tracks. Closet indexers and active managers also have a choice: demand 2°C transition plans at utilities or exit the laggards within the sector. Preventable Surprises is working with the largest utility shareholders to seek their support for transition plan resolutions that are in the long-term interest of their clients and the planet.

It isn’t for investors to write the transition plans, however the resolutions and supporting material should make clear that investors want plans that:

Asset managers have argued in the past that transition plans amount to shareholder micromanagement of investee companies. ClientEarth lawyer Alice Garton disagreed. “Transition planning and risk management are a central feature of a company director’s legal duty to promote the long-term success of the company,” she said. Company directors who remain ignorant or in denial about climate risk “may well be in breach of their legal duties to exercise due care, skill, and diligence in the exercise of their management functions.”

Large asset managers’ fiduciary duties are also being scrutinized. Asset managers vote the proxies of their underlying shareholders, a massive transfer of power from the ultimate owner of the asset to the asset manager. Pressure is building from multiple directions for asset managers to elevate climate change as a consideration when voting proxies. In 2016, nearly 100% of the voted proxies supported climate risk disclosure resolutions at BP, Shell, Statoil, and Suncor, yet only 40% supported similar resolutions at Exxon and Chevron. Management at Exxon and Chevron opposed the resolutions, unlike at the other fossil fuel companies. The large US asset managers who voted with Exxon and Chevron management—contradicting their support for climate risk disclosure—faced questions about their independence from management and their exercise of fiduciary duty.

Which raises the threat of reputational risk, the most valuable stock of all in the financial world. The FSB’s Task Force on Climate-related Financial Disclosures has brought the issue of stranded assets into the mainstream by talking about the systemic risk arising from climate change. Asset managers have been slow to embrace this vision and the impact of the Paris Agreement, prompting increasing examination of the conflicts of interest inherent in companies whose income derives from gathering assets. For example, a financial company seeking to manage the retirement plans of utility companies may not want to irritate company managers by supporting shareholder resolutions at AGMs. “The last time we checked, utilities, oil and gas companies sponsored 401(k) plans, a 2-degree planet did not,” Lukomnik said.

Preventable Surprises will work in coalition with many partners to design SEC-compliant transition-plan resolutions, to file them with the largest utilities, and to lobby proxy voters to support the resolutions. We hope to shrink the market for fossil fuels among its biggest customers, bringing the date of peak emissions forward in line with a 2°C scenario.