Our new applied research and engagement project will work to make corporate political capture a central component of  investors’ approach to ESG stewardship and integration. It will leverage information on the state of play for key sectors and share lessons learned from past investor engagements. Through research interviews and a series of events, we will engage with the global investment community to help prioritise areas for action.

Preventable Surprises is delighted to launch the Corporate Lobbying Alignment Project (CLAP). Public policy decisions and corporate lobbying play an essential role in setting the terms for managing systemic environmental and social risks, but to date lobbying is beyond the scope of practice for most responsible investors. Our goal is to change that, and to empower investors to take on corporate lobbying in a systematic manner. To accomplish this, the CLAP  will engage thought and action leaders, collaborate with positive mavericks and draw on the leadership of existing efforts and organizations to build a community of action. 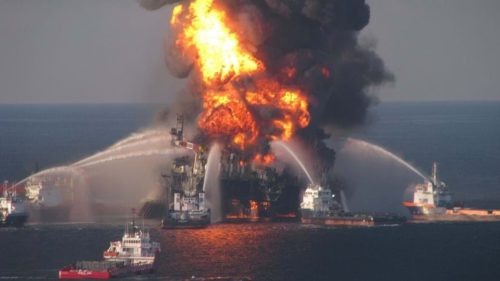 Investors must move beyond a fire-fighting approach to corporate lobbying and develop a systematic approach to better align corporate conduct with climate targets. Image of Deepwater Horizon offshore rig over BP’s Macondo reservoir via The Chemical Engineer

The world’s top 20 asset management firms control close to $50 trillion in assets, and hold a significant proportion of shares in most major companies. NBIM, the Norwegian sovereign wealth fund with an AUM of just $1 trillion, invested in mostly equities, holds about 1.5% of every listed company in the world. These are large and increasingly concentrated centres of influence in our global system. The consolidation continues, with M&A transactions between investment managers peaking in 2018, and the cornavirus expected to drive it even further. The shift into lower-cost passive funds has largely benefited index managers, particularly BlackRock and Vanguard who have a combined AUM of over $13 trillion. As asset managers increase in size, so should their capacity for positive impact on systemic sustainability risks and their engagement for long-term value creation at investee companies.

Corporate political capture is a – possibly the – major factor underpinning lack of progress on numerous critical issues ranging from executive remuneration to legalised bribery and corruption, from drug pricing to excessive pesticide use, and from promotion of tobacco in emerging markets to failure to act on the climate emergency. Why? Because corporate influence stops legislators and regulators acting on evidence and in the public interest.

Publicly but more often privately, investors often recognize that corporate lobbying and political capture present risks – some systemic or even existential – to our economies. For example, delays in implementation of the Paris Agreement  increase the physical risks of climate change and introduce uncertainty and volatility into global portfolios. They understand that similar damage is done to the integrity of health, human rights, education, and criminal justice systems when corporate lobbyists wield de facto control over public policymaking outcomes.

This project exists because investors who are active on ESG issues are not yet systematically taking into account the effects of corporate capture in their work. Some  progress has been made in recent years, particularly on climate change. NGO Influence Map continues to lead global work on corporate lobbying risk. This includes pioneering analysis on the asset management industry. The PRI’s investor expectations on corporate climate lobbying and associated work by Ceres and other NGOs has made a mark. This was most recently illustrated in the Chevron AGM on 27 May when a shareholder resolution asking the company to produce a report disclosing the extent to which its lobbying aligns with the Paris Agreement achieved a 53% majority vote. Similar resolutions on climate-related lobbying disclosure are on the ballot at General Motors AGM on 16 June and the Caterpillar AGM on 10 June.  But in the big picture, investor action on climate lobbying and other forms of political capture remains lip service, rather than the necessary push for structural reform.

Incremental progress is no longer adequate. A highly concentrated and globally connected financial system means the response to corporate lobbying must be systematic and forceful. The failure to implement national climate policy in jurisdictions  including the US, Australia and Canada is a testament to the lobbying power  exercised by the fossil fuel sector and its supporters. Beyond North America and Australia, lobbying power by corporations opposed to the most basic climate targets and other fundamental public policy action is damaging prospects for a green economic recovery in much of the G20. Elsewhere, former UN chief Ban Ki-moon has spoken out on the extent of corporate capture in the US health system, identifying overlapping interests of pharmaceutical companies, private hospitals, doctors and private equity investors whose collective lobbying blocked American government progress on implementing universal healthcare.

Investors can act and can do much more to address this. 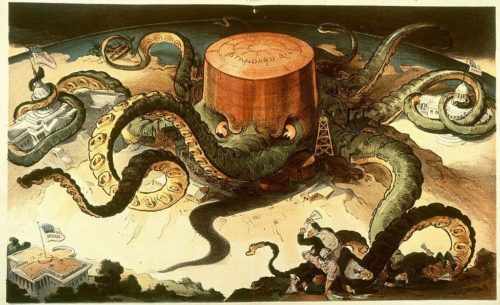 Over the coming year, we will be engaging the ESG field to educate, accelerate, systematize and build a community of practice. Expect notes and conversations on sectors, lessons learned, methodologies, and more.

We will hold a first online roundtable on 28  August at 11am EDT- 4pm BST  – 5pm CET to discuss case studies, investor experience and actionable ideas. More details soon but you can register your interest here.

Feel free to also get in touch with your comments on how investors can better address corporate political capture and to learn more at: [email protected]

The CLAP  is generously supported by the Joseph Rowntree Charitable Trust.