SEC allows ExxonMobil Shareholders to Press for Disclosure of Costs 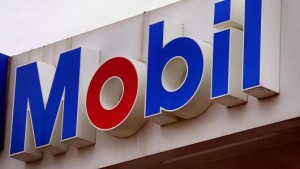