Ceding ground on climate change: Has it begun?

In the wake of Donald Trump’s election in the United States, those of us fighting to rapidly shrink greenhouse gas emissions are rightly worried about the direction of future U.S. climate policies. The world’s #1 emitter, China, has rapidly reduced emissions while the U.S., the #2 emitter, has seen its primary climate initiative–the Clean Power Plan–tied up in the court system. As if he wanted to raise emissions to offset China’s reductions, Trump is appointing the Clean Power Plan’s chief opponent to lead the EPA.

Dark days indeed for environmentalists. At such times, we look around for sources of hope. Preventable Surprises champions forceful stewardship–the idea that asset owners must actively engage companies, demanding that they reduce greenhouse gas emissions in alignment with a 2-degree Celsius world. The alternative is for systemic risk to build throughout global markets, triggering destruction of shareholder value as ecosystems collapse. It is the greatest preventable surprise of our time. 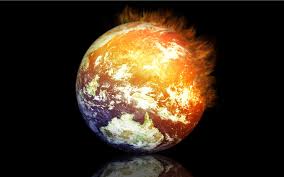 It is possible for shareholder democracy to prevail where citizen democracy is failing. Citizens can ignore reality and elect those who pander to them; shareholders don’t have that luxury. Understanding and managing risk is central to investing. The question is whether investors are willing to be forceful stewards. Planning is underway now for the 2017 AGM season. We are already seeing retrenchment among some activist investors, wary of sticking their necks out in the time of Trump. While it may feel “safer” to wind in our ambition, we only feed into a greater danger. Timothy Snyder, a professor of history at Yale University, understands this. He provided a 20-point plan on Facebook for defending democracy. Number one:

“Do not obey in advance: Much of the power of authoritarianism is freely given. In times like these, individuals think ahead about what a more repressive government will want, and then start to do it without being asked. You’ve already done this, haven’t you? Stop. Anticipatory obedience teaches authorities what is possible and accelerates unfreedom.”

Preventable Surprises is working with responsible investors on multiple continents, focusing on the utility sector as a means of rapid emissions reduction. We do not plan to obey in advance and we hope others will join us. The planet can’t wait another four years.

Energy utilities hold the key to reducing emissions – help us move the sector!